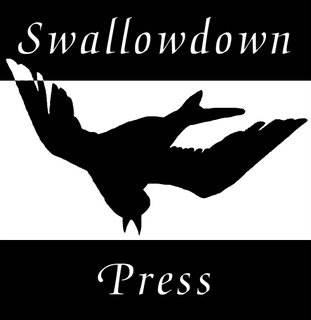 So last Sunday a serious portion of my bedroom was on fire. And no, this isn't some double entendre about my love life because when I say "a serious portion" I mean my curtains and by "on fire" I mean ON FUCKING FIRE! After a rapid lesson is extinguisher use, much inhalation of noxious fumes, and some concerted clean-up efforts, the place is looking a-okay.

But I've now decided, in honor of the blaze that could quickly have consumed me and my residence, to launch into a full scale Holiday Bonanza Fire Sale at JRJ.com!!!

What does this mean to anyone who likes "the books"?

For the remainder of December, 2006 I will be offering a knock-down, drag-out, other-fighting-term-co-opted-for-sales emphasis type deal. Check this out: 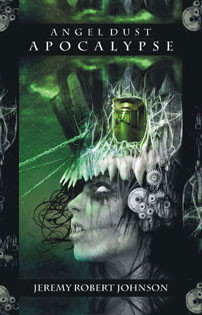 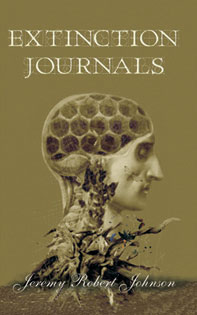 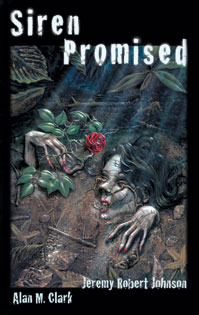 Here's the nitty gritty- Buy any two books through JRJ.com during the same 24 hour period, and I'll ship you a third of your choice for FREE! Just indicate which freebie you'd like in the Comments section during one of your purchases in Paypal and you'll have a triumvirate of strange shit headed your way just in time for your chosen pagan ritual celebrating the Olden Tyme Things That Happened in Long Ago!

Picture the look on Sally's face when she realizes she can cozy up with a cup of gingerbread tea and Stoker Nominated psychological thriller SIREN PROMISED!

Try to grasp the profound exaltation on Grandma Margaret's wizened visage as she cracks open her new copy of the roach-riddled EXTINCTION JOURNALS!

All copies signed and customizable to your specifications! All copies physically present and actual!

The first hundred shoppers will also receive a FREE bonus copy of the new issue of Verbicide!

Don't miss out on this great chance to pick up some bugged-out books for you or a loved one and support the independent press and help me pay for the alveoli graft I need after Sunday's fire!

Okay, I can't type one more goddamned exclamation point... here's the latest aside from holiday madness.

I thought it was exceptional. Sure, I'm a longstanding DA fanboy, but this really did effect me. And it really did make me want to do Tai Chi in outerspace.

Hell, I'd settle for taking a pleasant nap in outerspace, so long as I woke up to all that gorgeous galactic fuzz that surrounded his tree-transit orb as he approached the dying star. 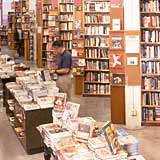 That's why I'm happy to announce that ANGEL DUST APOCALYPSE is now also available at the lovely Powell's Hawthorne store in SE Portland (3723 SE Hawthorne Blvd, Portland, OR 97214). It's easy to spot in the indie press section, just beneath the prominent Riot Lit poster. So SE PDX'ers can now pick up a copy of ADA in my part of town and join me for some greasy pizza at the Oasis Cafe.

And don't forget the awesome and inimitable the Powell's City of Books on Burnside (1005 W Burnside, Portland, OR 97209), where all of my torrid tomes are currently available.

To Bizarro braintrust Carlton Mellick III and mega-publisher Rose O'Keefe for having one of the most beautiful weddings I've ever seen. Stiltwalkers, bells, communal art, and a smuggler's cane filled with vials of liquor- straight weird class all the way.

I just wish I could remember the toast I gave. Open bars= sledgehammers to the brains of public speakers. That's a science fact. Still, I can conclusively say that an excellent time was had in every direction.

My books are showing up in these. How, I have no idea. But to those crafty employees helping the underground, and to those folks special ordering- THANKS!

Check out this very classy site, which you will enjoy even more if you happen to be bilingual. Could Proyecto be the people bringing some of my weird shit to South America? Watch out GGM, I'm gunning for Colombia!

You know exactly who you are. I've asked you to finish up your novels for Swallowdown. I know they're going to be awesome. I'm excited to work with you on the editing process and can't wait to see your stuff reaching a wider audience.

So if you're reading this blog it's time to stop messing around on the internet and get back to work.

As much as I like writing what people call my "literary" stuff or "Bizarro" stuff, there's no denying that horror is and will continue to be a central element in my work. Here's some recently released or soon to be released proof.

Exhibit #1: A Dark and Deadly Valley

Not out yet, but coming very soon, this burly batch of WWII horror tales features a righteous line-up of modern horror masters and a new tale from me titled "Simple Equations". Currently available for pre-order at Shocklines and Silverthought Press. I can't wait to read this one myself- so many of my favorite horror folks in one place....

I can't say enough good things about Cemetery Dance. They've been an integral part of my horror fiction diet since junior high, and I'm honored that there's an interview with me and a new (and apparently somewhat controversial) short story "A Flood of Harriers" in #56. People looking for a copy of this issue would do well to check out the above website, as well as Shocklines. Portland readers would, of course, be advised to pick up one of the remaining copies at Powell's. And if you can't get enough quality horror fiction you should also grab a copy of Dark Discoveries while you're there. Both are excellent reads and Dark Discoveries happens to be produced by a guy here in the northwest who definitely knows what it takes to put together a great mag.

It's good news for procrastinating indie writers who want a chance to hook up with the Riot Lit crew! For the pertinent details check this out.

Oh, sure, I get my share. Comes with the territory. Anytime you put something out in the public you've got to expect the occasional nattering or tempestuous condemnation. They can be fun to read and show to your friends.

But lately I've been getting hate mail that's not really hate mail. It's from the Cialis/Viagra/Coxplodo spam people. They used to be more seductive, with subject lines like "Bring HeR and Over Pleasureman" or "Is AShe wondering whynnot the creem?"

Apparently they've taken on a new tack. Now they're either insulting my barbecue skills with lines like "There is an issue with YOUR tiNy sausage" and "She is thining the weeenie 2 small." Or they're confusing me by using my last name as a textual boner replacement, as in "What is the problem with your Johnson?" which I of course read as "What is the problem with you Johnson?" (a subject line not un-familiar to me, even from fans). So instead of just blocking those I charge in to respond and get hit with the thousandth specious ad for mis-spelled pharmaceuticals.

It's all adding to the ever-encroaching sense of Holiday Madness.

I've produced enough at this point. And so I bid you farewell and hope that you enjoy whatever seasonal beverages and snacks and spirits and songs you may encounter in the remaining days of December.

I think I really did take some smoke damage to the brain.

p.s. Thanks AGAIN(!) to POD-dy Mouth for yet another plug for ADA (this time as a mind-blowing alternative for horror kids who aren't feeling the new King book [which by the way I am actually really looking forward to since his last romance-meets-the-supernatural book Bag of Bones is a favorite King-er of mine]). Now what will I get her for Christmas? And where will I send it? Magical anonymous bloggers are tough to shop for....