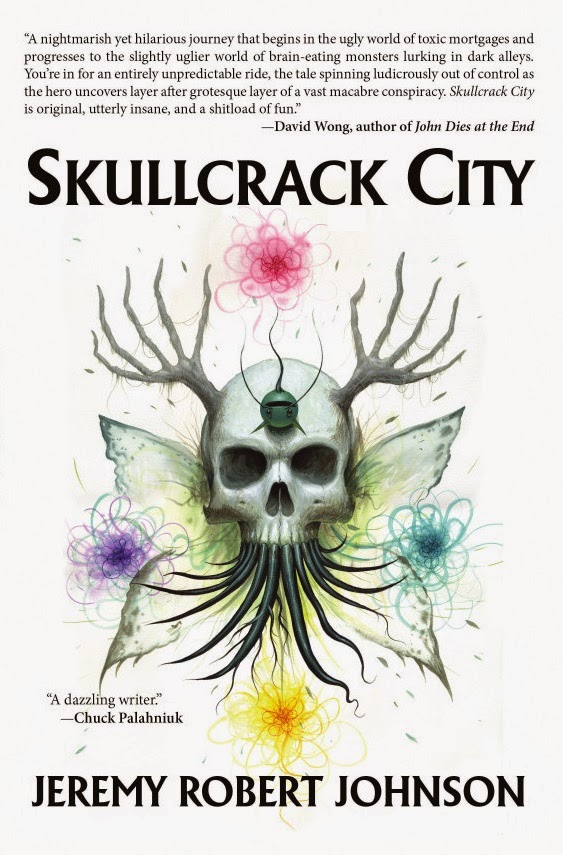 “Skullcrack City’s blend of genres, breakneck pacing, brutality, and dashes of philosophy and social critique serve to cement Johnson as one of the most exciting voices in contemporary fiction. Skullcrack City is a smart, incredibly well-researched, and painfully plausible look at our immediate future. Jeremy Robert Johnson's work has always tested the limits of both genre and literary fiction and this novel proves that there's still new ground to tread and that he's already on it.”—BOOKSLUT
Posted by JRJ at 11:53 AM
Email ThisBlogThis!Share to TwitterShare to FacebookShare to Pinterest